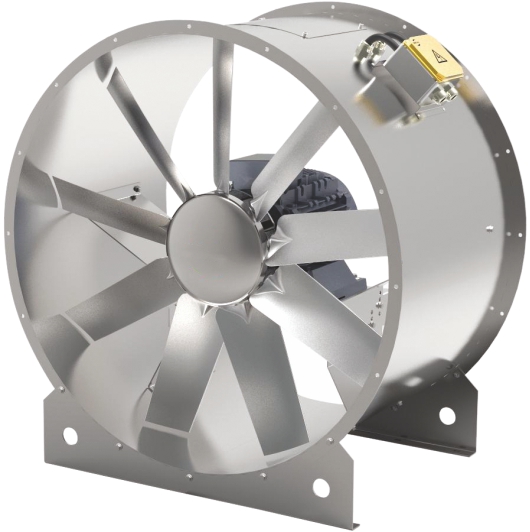 Pressurization fans are used to prevent the ingress of smoke into the evacuation routes during fires in buildings. Pressurization fans help ensure that the smoke that is generated from the fire is not distributed, the smoke is removed from the premises, safety of life is achieved and that the fire can be responded to more easily. Connected to the fire automation system, these fans are activated in case of fire and prevent smoke ingress by creating the necessary positive pressure.

System’s Principle: The objective is to prevent the smoke ingress into the fire escape, to ensure that the people are evacuated in a smoke-free environment and to provide an access route in order for the fire fighters to respond to the fire. As the stairwell is separated from the building sections with flame retardant and smoke-proof doors, a positive pressure is applied to the stairwell with air supply, and smoke ingress into the stairwell from adjacent sections is prevented.

BUILDINGS WHERE THE PRESSURIZATION SYSTEM IS MANDATORY